Little dots with minds of their own! Or, well, as much as any shape drawn in canvas can have a mind of it’s own.

Justin describes it as:

Generative, autonomous creatures inhabit a viscous liquid. Their survival depends on their ability to move, which is determined by their DNA as they evolve through the generations. Locomotion is determined by interactions between body segments.

While you’re there, be sure to check out the rest of Justin’s site. There’s lots of neat things going on outside of his experiments page as well.

We built a similar system in Seb’s course a few weeks ago and I bet he could be persuaded to post a tutorial on it here if there’s interest. 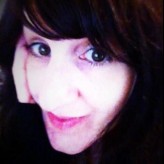