Plink is a very original idea. It’s an online, collaborative, multiplayer music making toy made by Dinahmoe. It uses Node.js and WebSockets to create an multi-user “chatroom” but instead of entering text to have a chat, the interface generates music!

Pulsating circles are generated by moving the mouse over a <canvas> element. Clicking and holding the mouse generates a musical tone. The colour of the circle determines the type of audio you play such as high or low notes, and is created using Google’s Web Audio JavaScript API. What a great combo of web technologies, and great fun too!

Plink only works in Google Chrome as other browsers haven’t implemented the Web Audio API yet. Firefox implements a different audio API called the Audio Data API but it isn’t compatible with Google’s Web Audio API. The W3C is working on a unified API, but for now we’re stuck with the two competing types. So if you don’t want to use Chrome, here’s a video of what you’re missing out on:

You can also create a private music “chatroom” by visiting a special URL, such as
labs.dinahmoe.com/plink#myRoom. The max number of players in a private room is 6.

So what you waiting for? Get Plinking! 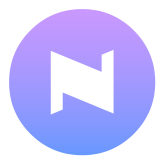