How to draw a square in WebGL

One common misconception about WebGL is that it’s some sort of 3D engine or API. While WebGL has in fact a lot of features that will help you develop 3D applications, in itself it is not 3D. It’s much better to think of WebGL as of a drawing API that gives you access to hardware accelerated graphics.

Excellent tutorial from Bartek Drozdz for those of you looking to get started with WebGL. http://www.netmagazine.com/tutorials/get-started-webgl-draw-square 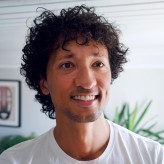